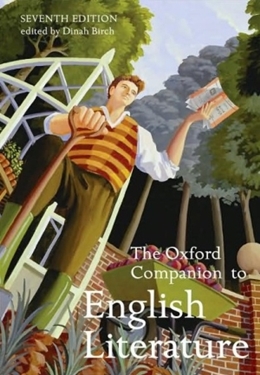 It provides unrivalled coverage of all aspects of English literature - from writers, their works, and the historical and cultural context in which they wrote, to critics, literary theory, and allusions. It presents European history and culture, post-colonial literature, as well as writers and literary movements from around the world that have influenced English literature. There is coverage of writers from around the world, as well as from Ireland, Scotland, and Wales, and contextual topics, including film and television, music, and art. Coverage of popular genres such as children´s literature, science fiction, biography, reportage, crime fiction, fantasy or travel literature. Sobre o autor: DRABBLE, MARGARET Margaret Drabble has written several novels, including A Summer Bird-Cage (1963); The Garrick Year (1964); The Millstone (1965), filmed as A Touch of Love in 1969; Jerusalem the Golden (1967); The Waterfall (1969); The Needle´s Eye (1972); The Realms of Gold (1975); The Ice Age (1977); The Middle Ground (1980); The Radiant Way (1987); A Natural Curiosity (1989); The Gates of Ivory (1991); The Witch of Exmoor (1996) and The Peppered Moth (2001), all of which are published by Penguin. She has also published many articles and a short critical book on Wordsworth, Arnold Bennett: A Biography (1974), The Genius of Thomas Hardy (editor, 1976), A Writer´s Britain (1979), The Oxford Companion to English Literature (editor, 1985; revised, 1995) and a biography of Angus Wilson (199