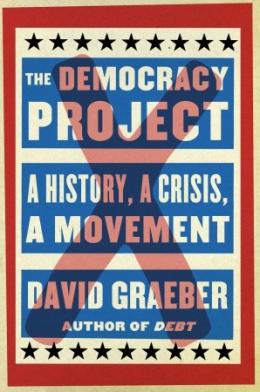 A bold rethinking of the most powerful political idea in the world—democracy—as seen through the lens of the most transformative political movements of our time and the story of how radical democracy can yet transform America Democracy has beenthe American religion since before the Revolution—from New England town halls to the multicultural democracy of Atlantic pirate ships. But can our current political system, one that seems responsive only to the wealthiest among us and leaves most Americans feeling disengaged, voiceless, and disenfranchised, really be called democratic? And if the tools of our democracy are not working to solve the rising crises we face, how can we—average citizens—make change happen? David Graeber, one of the most influential scholars and activists of his generation, offers the perfect book to address these urgent questions. Beginning with the most recent democratic activist movements in America and abroad, he takes readers on a journey through the idea of democracy, provocatively reorienting our understanding of pivotal historical moments, and extracts their lessons for today—from the birth of Athenian democracy and the founding of the United States of America to the global revolutions of the twentieth century and the rise of a new generation of activists. Underlying it all is a bracing argument that in the face of increasingly concentrated wealth and power in this country, a reenergized, reconceived democracy—one based on consensus, equality, and broa