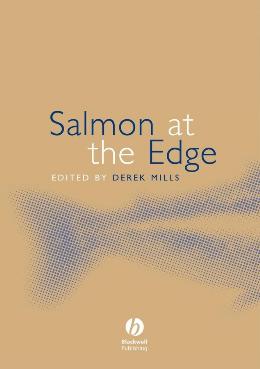 Salmon at the Edge covers, in depth, the problems faced by wild Atlantic salmon and sea trout in estuaries and coastal zones, and in their early weeks at sea. The book also reflects the current precarious state of many migratory salmonid populations and the need for new approaches to a number of threats to these populations. Generated from papers given at the landmark Sixth Atlantic Salmon Symposium, held in Edinburgh, UK, Salmon at the Edge contains a huge wealth of information on such important topics as the impact of salmon farming, the behaviour of post-smolts in their early migration and their vulnerability to by-catch, and the use of nutrient enrichment and habitat enhancement to increase production of juvenile salmonids. With chapters written by internationally-known and respected authors, and including a message of support from His Royal Highness The Prince of Wales, this important volume is essential reading for all those involved with salmonid fishes, including fish biologists, fisheries scientists and managers, environmental, marine and freshwater scientists, and personnel involved in salmon aquaculture. Libraries in all universities and research establishments where these subjects are studied and taught should have copies on their shelves. The Sixth Atlantic Salmon Symposium, from which chapters in this book have been generated, was organised by The Atlantic Salmon Trust and The Atlantic Salmon Federation, and was published with the financial support of The Fis