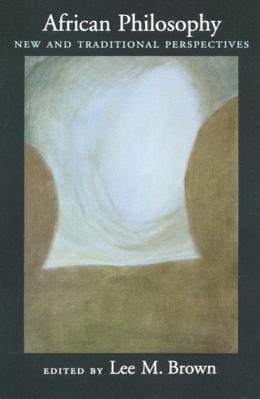 In the last two decades the idea of African Philosophy has undergone significant change and scrutiny. Some critics have maintained that the idea of a system of philosophical thought tied to African traditions is incoherent. InAfrican Philosophy Lee Brown has collected new essays by top scholars in the field that in various ways respond to these criticisms and defend the notion of African Philosophy. The essays address both epistemological and metaphysical issues that are specific to the traditional conceptual languages of sub-Saharan Africa. The primary focus of the collection is on traditional African conceptions of topics like mind, person, personal identity, truth, knowledge, understanding, objectivity, destiny, free will, causation, and reality. The contributors--who include Leke Adeofe, Kwame Anthony Appiah, Lee Brown, Segun Gbadegesin, D.A. Masolo, Albert Mosley, Ifeanyi Menkiti, and Kwasi Wiredu--incorporate concerns from various African philosophical traditions, including Akan, Azande, Bokis, Igno, Luo, and Yoruba. African Philosophy ultimately tries to bring a more rigorous conception of African philosophy into fruitful contact with Western philosophical concerns, specifically in the philosophies of psychology, mind, science, and language, as well as in metaphysics and epistemology. It will appeal to both scholars and students.