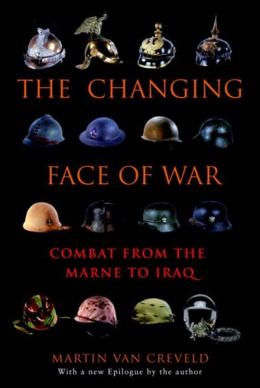 One of the most influential experts on military history and strategy has now written his magnum opus, an original and provocative account of the past hundred years of global conflict. The Changing Face of War is the book that reveals the path that led to the impasse in Iraq, why powerful standing armies are now helpless against ill-equipped insurgents, and how the security of sovereign nations may be maintained in the future. While paying close attention to the unpredictable human element, Martin van Creveld takes us on a journey from the last century’s clashes of massive armies to today’s short, high-tech, lopsided skirmishes and frustrating quagmires. Here is the world as it was in 1900, controlled by a handful of “great powers,” mostly European, with the memories of eighteenth-century wars still fresh. Armies were still led by officers riding on horses, messages conveyed by hand, drum, and bugle. As the telegraph, telephone, and radio revolutionized communications, big-gun battleships like the British Dreadnought, the tank, and the airplane altered warfare.